This podcast has moved to ODOGWU.COM/PODCAST 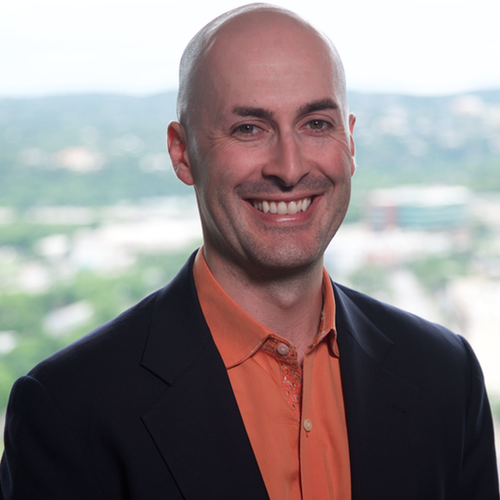 Damion Lupo could be considered a true renaissance man in every sense of the word. The Alaska-born, Austin, Texas-based entrepreneur has shown time and again that the human spirit is only limited by the scale of one’s imagination.

From overcoming bankruptcy and debt to building Total Control Financial, an innovative Fintech startup, Damion has seen it all and done it all. However, he maintains that without having a strong “Why” success in business can be meaningless if it is not channeled towards serving a higher purpose.

Damion’s entrepreneurial journey started when he was barely 11 years old. Like many other entrepreneurs, he started a business trying to solve his problem. He didn’t have access to video games, and so he decided to start buying, selling and trading them with his friends. The venture proved to be quite successful, and pretty soon he was hooked on entrepreneurship.

He parlayed his early success into another profitable venture, selling books from his dorm room in college. His sheer tenacity and instinct for making deals almost put the University’s bookstore out of business. He received an ultimatum from the Dean to either shut down his business or leave the school. But when you’re a bulletproof entrepreneur, and your business generates your entire tuition money in just four days, the decision is pretty much a no-brainer.

After leaving college, he launched a string of businesses and other small enterprises, but his big break didn’t come until around the turn of the millennium. Damion got inspired to go into real estate by watching a late night infomercial. He financed his first investment property purchase with confidence and credit cards. In his words, the situation at the time was just simply “I didn’t know that I couldn’t buy a house with a credit card.”

Mr. Lupo eventually built a real estate portfolio of over 150 homes and was living the jet-setting millionaire lifestyle. But the party didn’t last forever. As a result of the financial crisis in 2008, the music stopped, and our hero found himself in a tight position losing close to twenty million dollars in a few months. A lot of his real estate purchases were financed with debt that was backed and guaranteed by his personal assets. As the cash flow from the rentals failed to cover his debt payments, the banks called in the loans, and he was left with little choice except to file for bankruptcy.

This period was particularly challenging because he lost the money entrusted to him by his friends and family. Amidst the personal and financial crises, Damion decided to go on an introspective quest. He examined his life and his past decisions and realized that despite being successful in material terms, he was unsuccessful regarding his emotional and spiritual well-being. It was this realization that made him decide to make a lasting change concerning his perspective to life.

Today, Damion has translated the wisdom he’s learned over the years into lessons that can be easily applied in any situation. He’s the author of over five books including the Reinvented Life, which details his experiences in the trenches of entrepreneurship. He’s also a noted speaker & teacher and the founder of a unique form of martial arts called Yokido, which blends the teachings of Yoga & Aikido.

His new business Total Control Financial helps people take control of their financial lives to that can have the freedom to create a life of their dreams. And while he doesn’t believe he’s completely mastered the art of the comeback, he’s definitely learned a thing or two about helping you flip that switch that will take you from broke to millions. So listen, learn and take action.